Angela has worked in the funeral industry for a decade and talks about the best part of her job, cowboy boots, and why she holds up a light to Take That.

Why did you become a funeral arranger?

Years ago, I attended a family funeral and there was a lady working at it. She caught my eye because in those days it was unusual to see female funeral directors. A few weeks later I spotted her in the supermarket and stopped to ask her about the role and what’s involved. It really appealed to me. So, when I was made redundant from my old job, I decided to apply to be a funeral arranger and after a decade in the industry I still love it. I’ve been with Fosters for two years. I started in the Glasgow parlour and have recently moved to Fosters Airdrie. 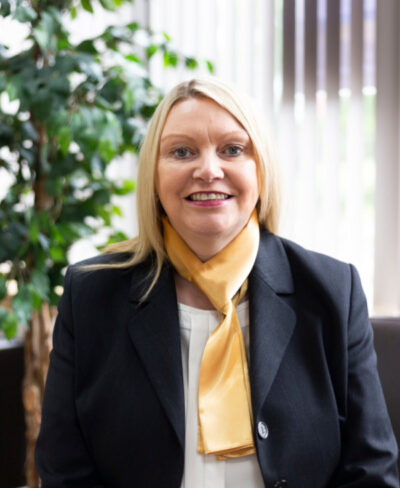 What is the best part of your job?

That’s easy. The best part is when people pop in or phone up to say thank you after the funeral has taken place. People are always so appreciative of what we do. It’s incredible that even though they are grieving they take the time to do that, it makes my job so rewarding.

The part I find difficult is when we see the same people come back to organise a second funeral within a short period of time. Grieving for one family member is difficult enough, it is so sad to lose another a few months later.

What are the questions you get asked the most?

The main question people ask at Fosters Airdrie relates to Covid19 and how many people can attend a funeral service. Crematoriums now live broadcast services so more people can join the service online.

People also ask questions about whether the deceased can wear their false teeth (yes) and their shoes. (not for cremation.)

Sometimes people ask for tips on writing a eulogy. Public speaking can be nerve wracking at the best of times let alone a funeral.

Can you tell us about a personalised funeral that you arranged?

I arranged a funeral for a gentleman who had his own unique style. He had size 15 feet and had invested in a custom-made pair of cowboy boots. They were steel toe capped and he proudly wore them everywhere he went. His wife asked that the boots were on display at the back of the hearse, and then during the service they were placed beside his coffin. 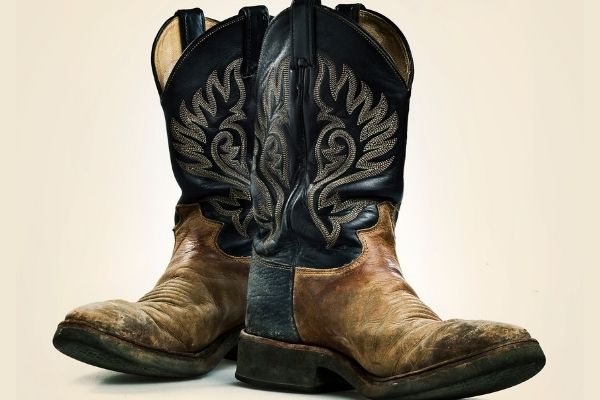 Objects, colours, and themes often help mourners feel more connected to their memories during the service. These simple things can really personalise a funeral.

Sometimes families request that the funeral cortege drives past a bowling club or favourite place one last time. This gives the wider community a chance to bow their head and pay respects too.

What songs are most popular at funerals you organise?

Jealous of the Angels by Donna Taggart and Bridge Over Trouble Water by Simon and Garfunkel are two popular choices.

Me? I’d love Take That ‘Hold Up A Light’ to be playing at my funeral and everyone has wee battery-operated lights to hold up and sing along. Haha! My husband said, ‘There’s no way that’s happening!’ so I’ll go for ‘You’re a Superstar’ by Love Inc. instead.

When you’re not working how do you like to spend your time?

I like being out in the fresh air, going for walks, all the usual things like going out for dinner. I love Indian, Chinese, and Brazilian food.  My husband Stevie and I enjoy going on holiday, cruises are our favourite. And I can’t wait until we can go to music gigs again. For now, we’re mainly at home with our cat Floyd and our two 21 year old African grey parrots Charlie and Cuddles.